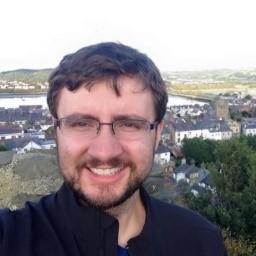 Director of the Professional Development and Career Office (PDCO), School of Medicine

Dr. Dluzen joined the PDCO in February 2022 as the Director. Doug’s role is supporting the trainee populations at JHU and helping to guide new and existing professional development and career exploration programming offered by the office. He received his Ph.D. in Genetics from the Pennsylvania State University, College of Medicine, Hershey, PA in 2014 and completed postdoctoral training and at the National Institute on Aging. In 2017, Doug was appointed Assistant Professor of Biology at Morgan State University, where he led a research program investigating the social determinants of cardiovascular health disparities in Baltimore City.

Doug has a successful record of mentoring young scientists and has a long-standing interest in the professional development of trainees. In addition, Doug is an accomplished science writer and editor, most recently holding the position of senior science writer and editor in the Office of Communications and Public Liaison at the National Institute of Minority Health and Health Disparities, NIH.