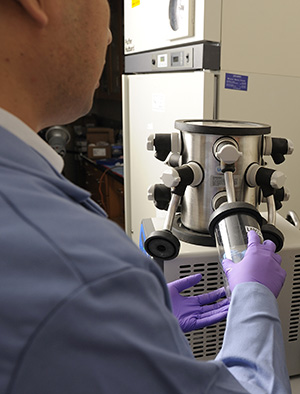 Committee on the Biomedical Scientific Workforce

The Committee on the Scientific Biomedical Workforce has released its final report. Read the report and find out more about the Committee and the implementation process now underway.

The United States’ system of biomedical research has been a leading driver of discovery and innovation for over half of a century.

Its use, in particular, of competitive, peer reviewed grants to independent scientists across the nation has fueled the development of an unparalleled biomedical workforce both inside and outside the academy, one that has charted a path to the very horizons of scientific knowledge. Our model of scientific research is now the envy of the world.

There are, however, challenges emerging in that system, ones that are drawing considerable attention.  As our community well knows, these challenges take a number of forms.  To start, there has been a persistent decline in the purchasing power of NIH funding, affecting the entire scientific workforce.  For early career biomedical investigators, the period between the conferral of doctoral degree and the receipt of independent research grants has widened.  Observers also point to tightening opportunities for careers in academia, and a lack of well-developed pipelines for alternative careers in industry and other non-academic settings.  For those who do obtain a faculty position, burdensome grant application and regulatory demands divert time and energy from their research.  They must navigate mounting tension among research, teaching, and clinical responsibilities, and some observers cite a creeping conservatism in the science that receives grants in an age of budget austerity.

While there have been a number of different reports from government and the nonprofit sectors that have sought to address this issue, most of the recommendations to date have been focused on the role of NIH and less on the role that research universities – the institutions where the vast majority of our biomedical scientists either train or work – must play in the solution.

Johns Hopkins, in keeping with its role as the nation’s first research university and the single largest recipient of federal research funding for several decades, has an indispensable role to play in not only engaging but leading the search for answers.  The university’s efforts in establishing start-up research funding and investing in programs focused on early career scientists—such as the Catalyst Awards, BCI and BME Edge, and reforms recommended by a recent working group on PhD and postdoctoral fellow career development—attest to our awareness of the need to address this issue.  But these initiatives are not sufficient.

To this end, the university launched a Committee on the Biomedical Scientific Workforce charged with canvassing best practices at our university and beyond, identifying areas of need in our own approach, and setting out a blueprint for reform.

The Committee, chaired by Dr. Pierre Coulombe and Dr. Wendy Post, included representatives from the School of Medicine, the Whiting School of Engineering, the Bloomberg School of Public Health, the School of Nursing, the Krieger School of Arts and Sciences, and the Applied Physics Laboratory.

After publishing a draft report to solicit additional feedback from the Johns Hopkins community, the Committee released its final report in September 2018. Please click here to read the report and learn more.