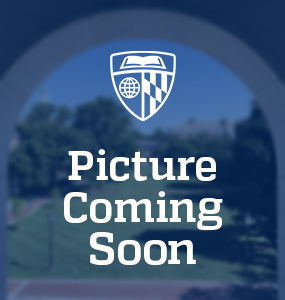 Westley Forsythe joined the Provost’s Office as the Academic Compliance Officer in December 2021. Reporting to Janet Schreck, Associate Vice Provost for Education, Forsythe will ensure the university’s compliance with federal, state, and accreditation regulations that impact Hopkins academic programs. This includes managing the university’s State Authorization efforts and coordinating the process by which new and substantially modified academic program proposals and substantive change requests are reviewed and prepared for submission to the appropriate agencies, including the Maryland Higher Education Commission (MHEC) and Middle States Commission on Higher Education (Middle States). Forsythe will also serve as a key contributor to the university’s upcoming Middle States reaccreditation and play a lead role in drafting, socialization, and implementation of university-wide academic policies.

Forsythe joins Hopkins with more than a decade of academic assessment, compliance, and accreditation experience. He began his career in the U.S. as an Education Policy Analyst at MHEC where he quickly climbed the ranks to become its Associate Director for Academic Affairs, managing MHEC’s Collegiate Unit. He then moved on to serve as Director of Academic Assessment and Compliance at Loyola University Maryland and most recently led Towson University through its successful Middle States re-accreditation while serving as Director of Accreditation and Compliance. Forsythe earned his BA in History and Sociology as well as a PhD in History from the University College, Cork in Ireland.

Learn more about the Office of Education